“Tonearms.lt” is a small company with only 5 employees; however its history and development are quite interesting.

The designer and company owner, Vidmantas Triukas, is radio engineer, working in hi-fi audio equipment field since 1985. Some of his works, related to acoustic, were a rocket science, literally: he was working in scientific acoustic and ultrasound area, researching acoustical noise of plasma in long-range ballistic missiles, and has three patented inventions in this field.

In 1987, Vidmantas Triukas with a few friends built an “audio set”, consisting of turntable, speakers and an amplifier, and presented it in USSR’s largest technical achievement trade show in Moscow. For various innovations ( turntable motor automatic speed control, amp with very low linear distortions etc.) it was awarded a bronze medal in audio equipment category.

After 1990s Vidmantas started business in another area, however audio still was his passion all these years. In 2007 he decided to start business and offer something amazing to the market. After a year of continuous research, prototyping, design and testing he offered first Reed series tonearm. Since then, his company works for its valued customers and tries to bring something special to the audiophile community.

Despite that Vidmantas is an inventor and a technical designer, he is also very passionate art lover. He studied art history in Sankt Petersburg (formerly Leningrad) in 1980 – 1982. 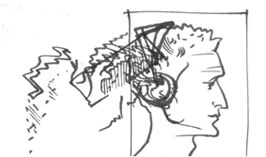