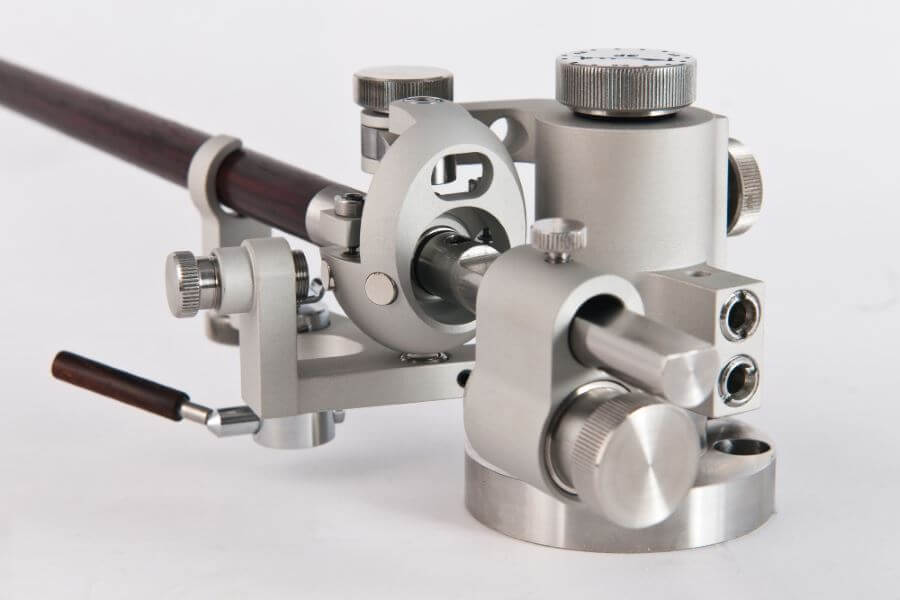 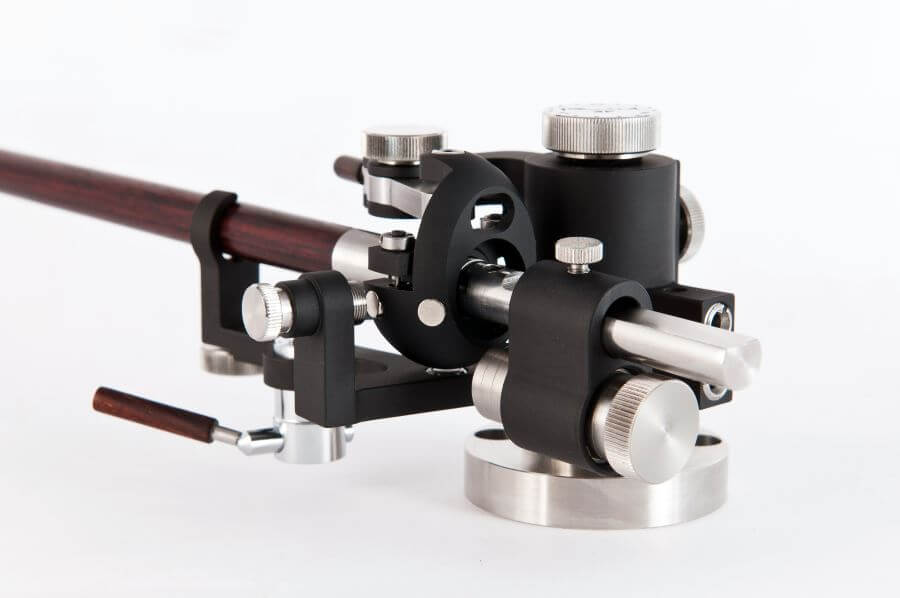 Reed 3P, among other features, like fine VTA adjustment on-the-fly, also has a unique possibility of adjusting azimuth while playing a record. An exciting thing about the azimuth adjuster is that during the adjustment process the cartridge “swings” around the needle tip, hence keeping all other tonearm parameters intact (you can see how it works by watching a short video).

Magnetic antiskating and some other features, used in Reed 3P, were developed in our Reed Mag prototype model*, which made its first appearance in Analog Forum 2011 Krefeld, Germany.

Another 3Ps innovation is its bearing system. Although tonearm bearing system can be considered as gimbal, it acts like unipivot one. However, major difference from unipivot system is that instead of a single pivot three pivots and both vertical and horizontal axis’ magnetic stabilizers are used. Such bearing system is as rigid as gimbal, but its friction coefficient is as low as in unipivot.

Again, if you are bored with this technical talk, it is enough to know that in Reed 3P you can setup most of the tonearm’s parameters (VTA, azimuth, antiskating) on the fly, and due to the very sensitive bearing system you will not miss the slightest music tones.

Reed 3P is acknowledged not only by its high quality sound, but also for it’s distinctive design. It convinced the international 30-member expert jury of the “red dot award: product design 2012” international design contest and received one of the coveted awards – red dot – in the “Entertainment technology and cameras” category. The red dot design award, held by Design Zentrum Nordrhein Westfalen (Germany) and with origins reaching back to the 1950s, has established itself internationally as one of the most appreciated quality seals for outstanding designs.

Pictures below are for illustration of finishing only; tonearm model may be different from described above. 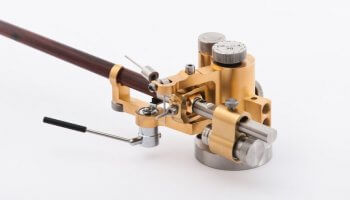 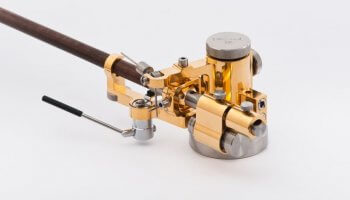 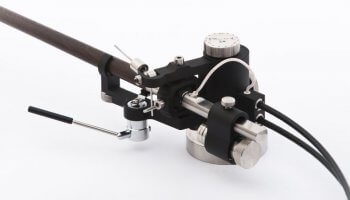 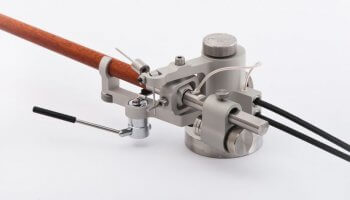 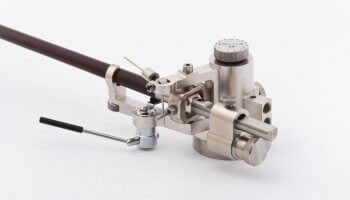